This Ventura Housing Report March 2017 will show us how this segment of Ventura Real Estate performed for this month of 2017.

This Report will give us housing sale statistics for Single Family Homes only. We then can compare these sales figures to past periods to get a sense of how this segment of the Ventura Real Estate Market is performing overall.

We see the Median Sales Price dipped by 1.10% from March 2016. However, it did rise by 2.37% from what was cumulatively recorded for the prior three months.

The Average Sales Price slipped 2.33% compared to March 2016. And this benchmark showed a gain of 1.04% from what was cumulatively recorded for the prior three months.

The highest price home sold for $1,675,000. This Hidden Valley Estate custom built home has four bedrooms and four full bathrooms and one half bathroom. It have spectacular views and a pool. 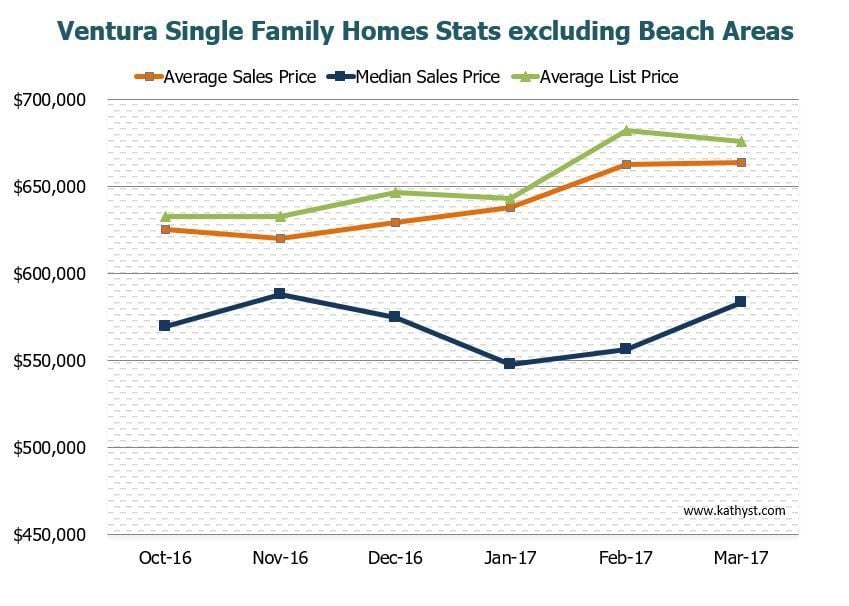 The bulk of the Ventura Homes for Sale in Ventura is in the price range of $550K to $700K making up 28.75% of the 80 available homes on the market at the time of this writing. This price range may act a bit more like a Buyer’s Market than a Seller’s Market because of the number of homes available for Buyers to comparative shop in this price range. 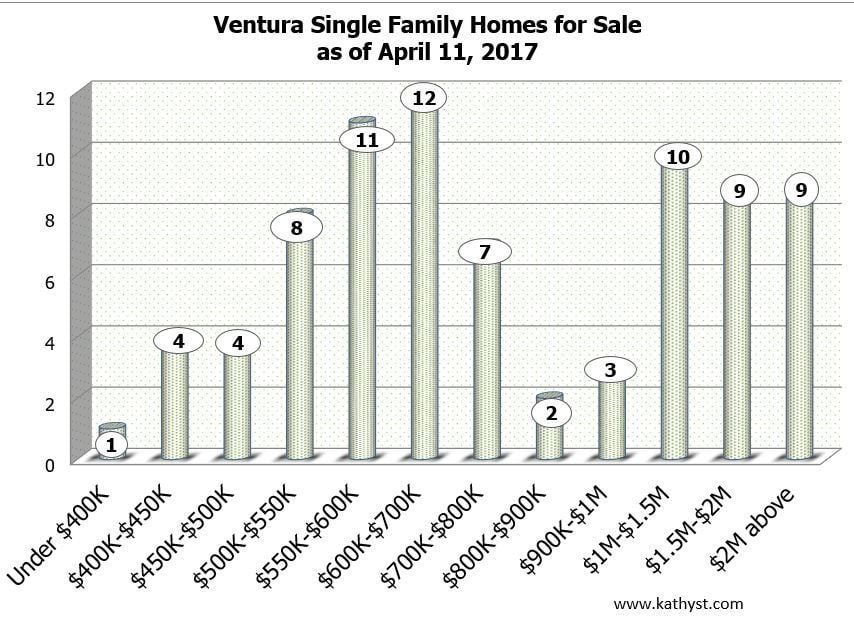 Start your search for Ventura Single Family Homes for Sale today to see what types of property are available. Then give me a call to discuss what your best options are and how I can help you get positioned to find the Ventura Home of your dreams.

Curious about the value of your Ventura home?

During this time of year, it’s common for me to get questions about what’s happening in the real estate market.

More specifically, many of my clients are curious about their home’s value.

Whether you are thinking of making a move, or just want to see how much equity you’ve built up, let me know and I’ll send you a professional estimate of your home’s value.

You can use this estimate for planning your financial future, as well as your potential housing moves.

Just click on the button below  and I’d be happy to produce a report on your Ventura home’s value. 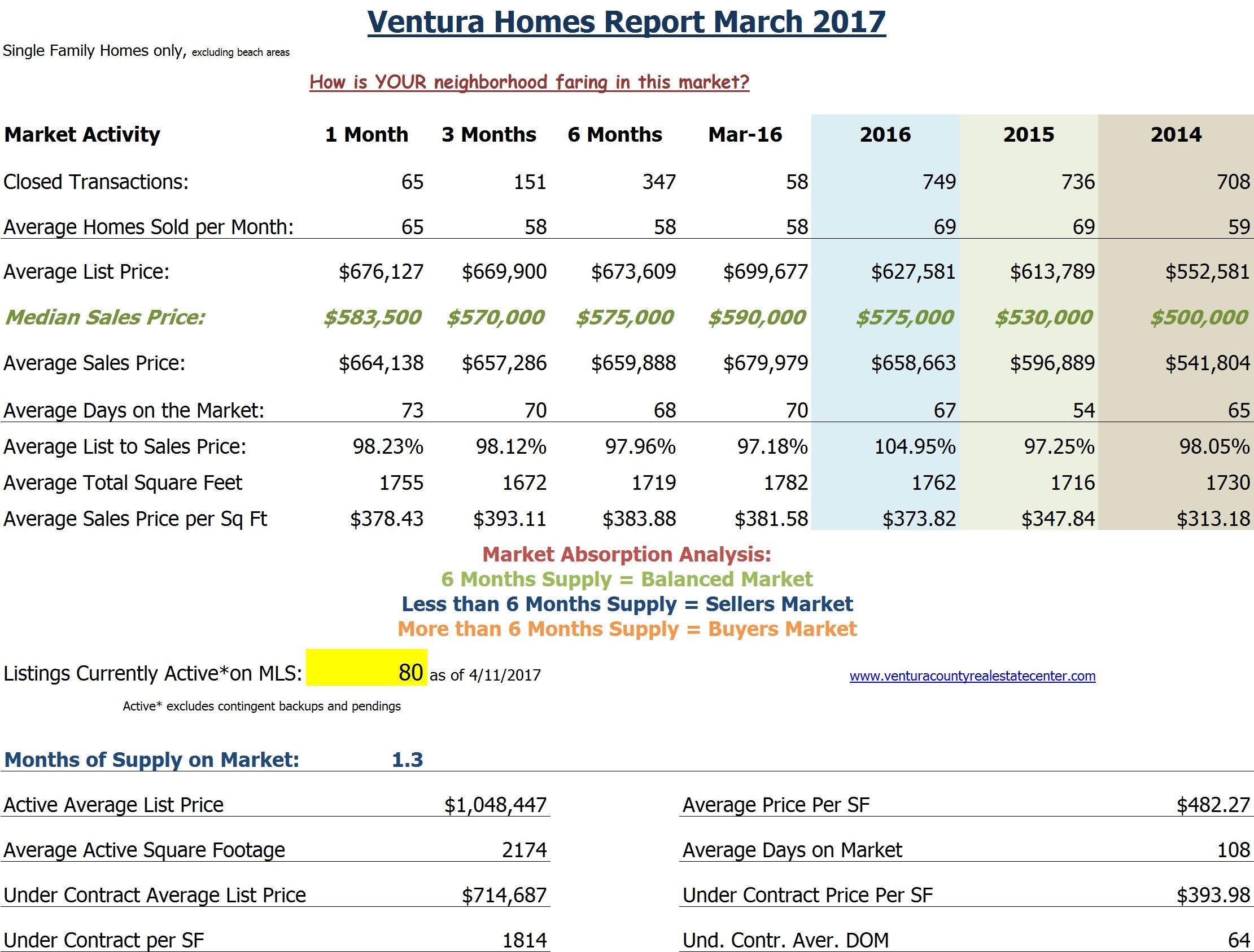 About the author: The above Real Estate information about Ventura Housing Report March 2017  was provided by Kathy Stoltman. 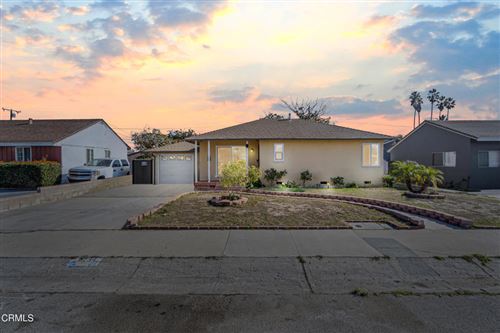 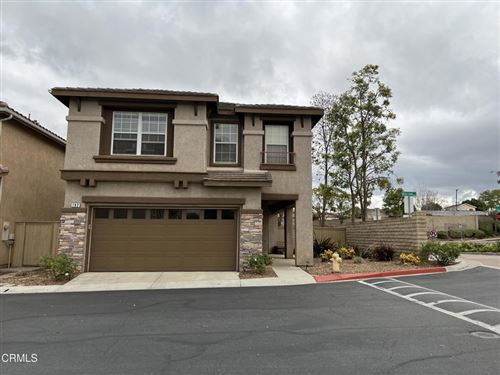 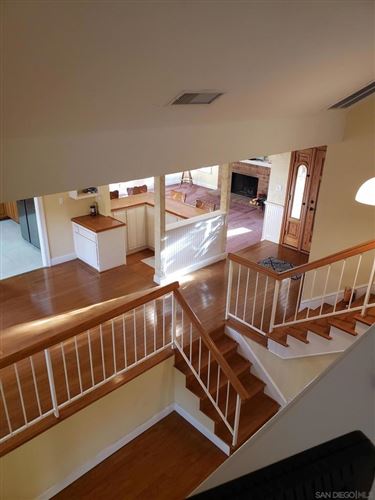 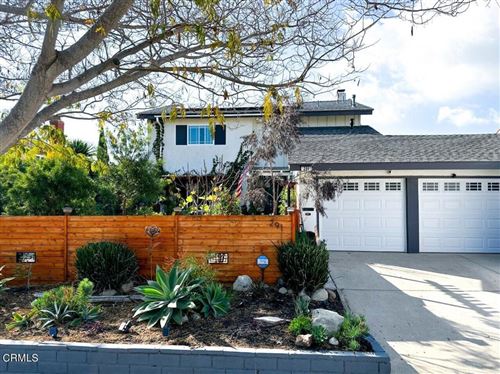